The upcoming vivo IQOO Pro 5G gaming phone will feature the Snapdragon 855+ SoC, the company just confirmed via its Weibo account. The phone is scheduled to debut on August 22 and will reportedly boast faster performance than other competing Snapdragon 855+ powered devices.

While it remains to be seen how IQOO team plans on accomplishing this, it will probably rely on some software tweaks similar to Huawei’s GPU Turbo. 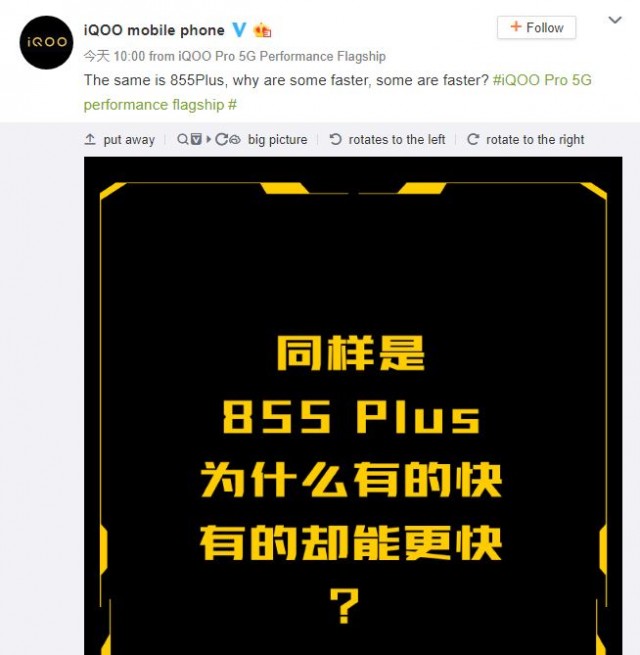 In the meantime the phone also appeared in a TENAA listing reveling the rest of the spec sheet. The display of the IQOO Pro 5G is a 6.41-inch AMOLED panel with FHD+ resolution and an in-display fingerprint sensor. Around the back, the phone will feature a 48MP, 13 MP and 12 MP triple camera array, while the selfie shooter is 12MP.

The battery capacity is 4,410mAh and there’s support for 44W fast charging. On the software front, the device will ship with Android 9 Pie.